Southampton, NY—During National Literacy Month in September, Southampton Hospital collaborated with several community partners to re-launch its Books for Babies program. With support from the Andrew Sabin Family Foundation, BookHampton, Children’s Museum of the East End, Southampton Teachers Association, and Penguin Random House, parents who deliver their babies at Southampton Hospital’s Kathleen D. Allen Maternity Center will receive a tote bag filled with books (available in English and Spanish) to nurture their child’s cognitive, language, and social-emotional development from an early age. A list of local libraries is also provided to encourage families to continue reading together.

In October and November, Southampton Hospital will be releasing public service announcements on social media to encourage reading to young children and to garner community support for the Books for Babies program. The campaign will culminate on December 1, 2015 (#GivingTuesday), at which point the Hospital hopes to have raised $5,000 to buffer the cost of 1,000 Books for Babies bags that will be distributed in 2016. To support the effort, please donate online at http://tinyurl.com/booksforbabies2016, call (631) 726-8700, ext. 5, or send a check to: Southampton Hospital Foundation, Books for Babies 2016, 240 Meeting House Lane, Southampton, NY 11968.

“The Books for Babies program allows Southampton Hospital to serve families beyond the healthcare setting. We are helping them get a head start on their child’s development, which is so critical in the first years,” says Stacey Brosnan, CNM, MS, Maternity Center Nurse Manager.

According to research presented by the American Academy of Pediatrics (AAP), “Reading proficiency by third grade is the most significant predictor of high school graduation and career success, yet two-thirds of U.S. third-graders lack competent reading skills.” The study also reports that children who are read to during infancy and preschool years tend to develop superior language skills when they start school and are more interested in reading. 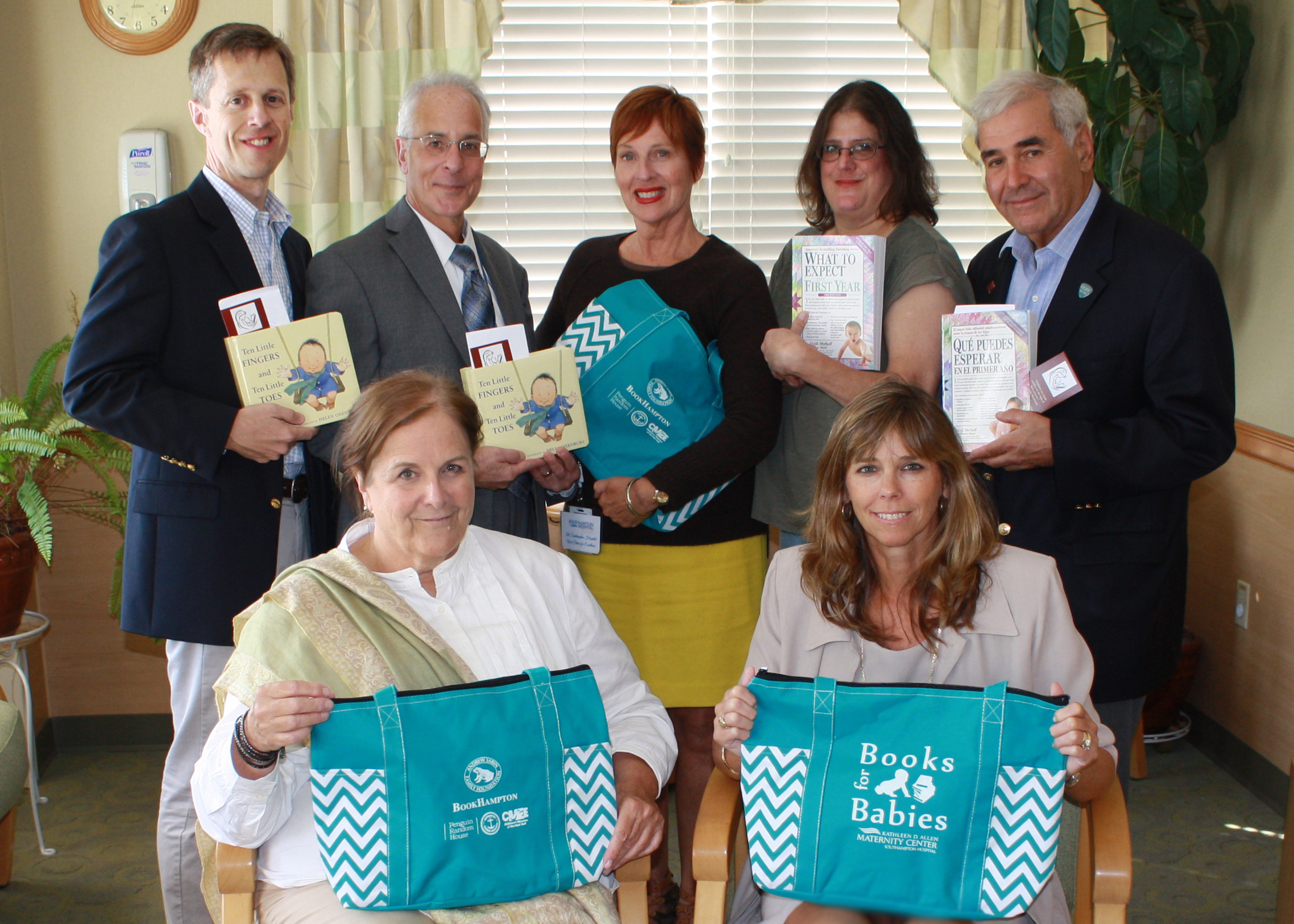