Southampton, NY—Southampton resident Brian Kelly, owner of East End Tick & Mosquito Control, has donated $25,000 to Southampton Hospital’s Tick-Borne Disease Resource Center. The father of two young children and a former school teacher, Mr. Kelly is passionate about informing children in our communities about the dangers of tick-borne disease, and in increasing awareness among their parents. This funding will be directed to the development of a curriculum for local school districts that is in accordance with NYS requirements for school-age children. Mr. Kelly has been involved in the Hospital’s Center since it was established a year ago and his earlier funding enabled the production of tick identification cards in both English and Spanish that have been distributed at events across the East End. In addition, he worked with Suffolk County Legislator Jay Schneiderman on the creation of a tick educational video for schools. Information on tick-borne disease and prevention will be available at the May 2 “Peconic Family Fun Day” at the Children’s Museum of the East End in Bridgehampton.

Also on May 2 at 10:00 a.m., Southampton Hospital will host a free lecture, “How TickSmart™ Are You?” at Parrish Memorial Hall, at the corner of Herrick Road and Lewis Street in Southampton. The guest speaker, Thomas N. Mather, PhD is Professor of Entomology at the University of Rhode Island and Director of the University’s Center for Vector-Borne Disease. Seating is limited. R.S.V.P. to (631) 726-0452 or kwulffraat@southamptonhospital.org. 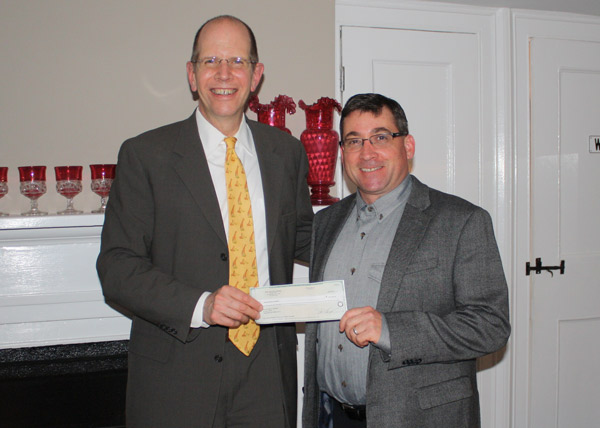